How can a drone logbook help you make money? - The Drone Trainer

How can a drone logbook help you make money? 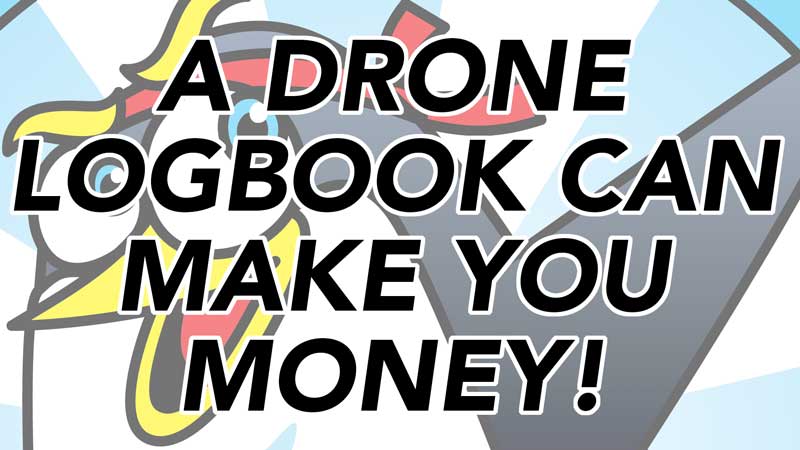 Maintaining a drone logbook with all of your flight hours is a trait of a good drone pilot, and can help you make some serious cash. Not only can you make more money, but you might also beat out your competition if you keep verifiable flight records. If I hadn’t kept one, I’d be $8500 poorer right now…

With my previous aviation background, I was disciplined in keeping track of every flight hour since day one. I took the same approach to my drone flights, and started logging everything in my home made logbook from the second I took my first DJI Phantom out of it’s packaging.

A few years ago I was contacted by a company that was looking for both a multi rotor and fixed wing operator to conduct a series of flight experiments. The company aviation manager requested that each pilot have the following:

While these aren’t far reaching numbers, we still needed to prove that we had the required hours and currency before they’d allow us to fly the mission. This is where my drone logbook became very valuable, as I could show exact flight hours, missions, and currency on type in an instant. Showing a documented log book rather than just saying “I’ve got that,” was the instant proof that my client required to award us the project. Just like that, $8500 richer than I would have been without a verifiable drone flight logbook!

What should you be keeping in your drone logbook?

At minimum, you’d want to keep track of the date, time, and hours for each flight. As you can see though from the example above they wanted to know the currency on type, so it’s important to keep track of that as well. Just as a manned aviation pilot keeps track of hours in specific aircraft, you should too.

Here is the list of what I keep track of for every flight: date, time, aircraft, location, mission details, flight time, takeoffs, & landings.

Do you need a drone logbook? Download ours for free!

I’m sure by now you realize the value in maintaining a drone logbook, not only for your own records, but also for the possibility of it getting you a job over your competition because you can prove your flight time and currency. If you’re not already keeping a logbook, or aren’t happy with what you’re currently using, download ours for free right now! There are over 500 drone pilots actively using our free logbook, and you should too!