Working at DJI and FLIR with Randall Warnas - Drone Podcast 78

Working at DJI and FLIR with Randall Warnas 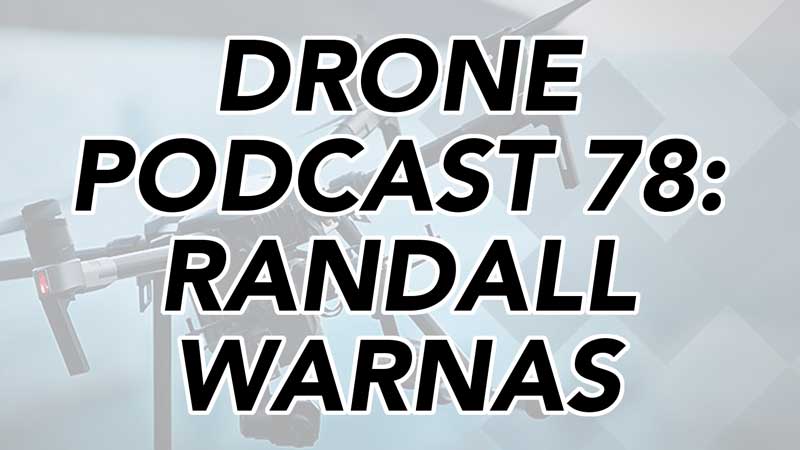 From the early days of starting his own brick and mortar drone store, to leading the global sUAS segment at FLIR, Randall Warnas has had a heck of a journey. Oh yeah, he also started DJI’s Enterprise Division prior to landing at FLIR. Interested right?

Randall Warnas started Drones Plus in Las Vegas in 2014, resulting in expansion all over North America. Drones Plus turned into the largest brick and mortar drone store in the world, which caught the eye of DJI. DJI was able to convince Randall to join their team, where he went on to start DJI Enterprise.

While working at DJI, Randall had his hands on the first 50 FLIR XT payloads off the production line. Similar to how he caught the eye of DJI by building the largest drone store in the world, his interest and prowess with the FLIR XT caught the eye of FLIR. The result? FLIR Commercial Systems took him on as their Global sUAS Segment Leader. During our chat I made reference to it being a natural progression, but Randall made a good counter point to the word “progression.” Do you agree with his thoughts on his journey?

In addition to discussing what it’s like working at FLIR and DJI, we also discuss infrared technology including MSX and motion blur. We also dive into a discussion about Drone Delivery Canada and Foremost Centre for Unmanned Systems in Alberta.

Randall is also a Part 107 pilot, but prefers to fly recreationally most of the time. He has DJI, Autel, Parrot, and Intel drones that he enjoys flying when he’s travelling. That sounds like a nice selection, and a lot of extra cases in the trunk!

Anyway, this was a great chat with a real leader in the drone industry. He flies, he evangelizes, and is an awesome voice for the drone industry. If you want to hear more from Randall, be sure to check out his FLIR Delta podcast wherever you get your audio.

Did you enjoy this week’s podcast with Randall Warnas? If so, I’d love it if you could share it with your friends and colleagues that are also into drones!