If you’re tired of reading all the canned reviews of the new DJI Spark, we’ve got an excellent real world example for you! Our friend Ken of KWC Photography is a professional photographer, Part 107 certified drone operator, and has a lot of experience with aerial photography via drones. Read on as he gives you the best real world DJI Spark review!

Who am I to review the Spark?

So when Chris first asked me to write a review for the DJI Spark, I was hesitant. I’ve never been much of a writer and the only reviews I’ve done for products have been for sites like Amazon and such. But I’ve seen so many reviews for the drone that are either canned, or seem like they’re from people that either don’t own one or flown it at most a day, that I decided to at least give it a try. So I’m going to skip over the things that are known, like the gesture controls for example, and look at this from a photographer’s perspective. 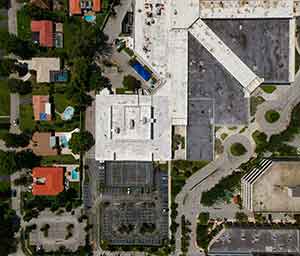 For some background, I’ve been a photographer for about 6 years now and have been flying quadcopters for about 3 years or so. I’ve owned any number from the original Parrot drones, a few from Yuneec, and quite a few now from DJI. As a photographer they fascinated me, when taking a picture especially of sunsets and such, getting a clear view of the subject was tricky. Drones represented a solution to this as it’s a camera that can go almost anywhere and at least in my case it also gave me a new perspective on photography. I currently own a Phantom 4 pro for my professional work, a Mavic pro as a camera bag capable drone, and more recently the DJI Spark as a go anywhere solution.

I’ve heard quite a few downplaying this drone as it can only do 1080 video as opposed to full 4k, but that’s not because it has a lesser camera as it has the same one as the Mavic in point of fact. However due to the stabilizer being smaller and some of it’s work is being done in camera by cropping the image, this means you get the lower video size. What you don’t hear though is that for the purposes of photography, the sensor is the exact same as the Maivc’s. Now keep in mind it does do only jpegs, has a fixed aperture (so does the Mavic) and the picture controls are a bit more limited as a result. Potentially DJI might even be able to add a raw mode to this later via a firmware update, but I find it more likely that the mark 2 model will offer it.

One thing that intrigued me was that they added a new mode: panorama shot. This takes either three images in a line top to bottom, or it can do nine images in a wide area around the center of the first image. The interesting part is it adjusts to the angle the the first image was shot on. So if it’s straight ahead, it will angle the drone and the camera around the first one, and if pointed straight down, it will turn the drone around on it’s axis to take the pictures. Using the app, the pictures can be stitched together and then downloaded to your phone or tablet, or are stored together in separate folders and can be stitched together later in programs like Lightroom or Photoshop. This can make for some amazing shots from such a small platform that can be deployed relatively quickly compared to larger drones and the picture quality can be quite good.

How fast does the DJI Spark fly? 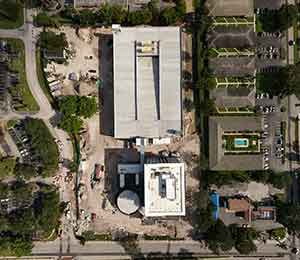 In normal mode it flies a little slow, I think the top speed I’ve seen is about 10mph or so. Put it into sports mode however and this little quad can triple that, you do need the controller to use sports mode however. The battery gets on average about 12 to 14 minutes for me, which can be a downside obviously, but the unit can charge them by plugging a usb cable into it from any source that can charge your cellphone from, additional batteries should be available soon and are relatively cheap.

If you have the controller you get much better range, up to a mile out with a clear signal, some are even reporting greater ranges in open areas. The controller uses wifi to connect to both the drone and the phone/tablet, but if you have an OTG cable to go from a micro usb to a regular one, you can actually wire your phone directly to the controller like the Mavic does, and this actually seems to help the very slight amount of lag a wifi connection usually has.

Overall, I consider this drone to be a valuable tool to me if nothing else because it’s one I can just take with me wherever I go. It takes decent video, pretty good pictures, is easy to set up and fly, and has a fair amount of the functionality of the larger units. Not to mention I find myself using it in places that I would hesitate to fly even the Mavic. I recently went through a nature walk that’s completely enclosed by trees with it, and inside an ice rink shooting video of a local hockey team. 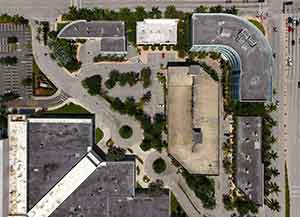 So who would I recommend it to? Obviously people who are just starting out and looking for a drone to get their feet wet with as it were. But also I would recommend it to someone who’s looking for one they can just pick up and carry with them even when they aren’t planning to fly. You always hear the best camera is the one you have with you, and in this case with a lot of drones being bulky and time consuming to set up, the Spark can be among the best to fit this description, a drone you can always have with you.

Now that’s a review of the DJI Spark!

Thanks Ken! Isn’t it nice reading something from an actual user, rather than a company just trying to pump out an editorial piece? We hope that this has helped you get a better feel for what the DJI Spark is all about! The Spark is only $499 direct from DJI, with free shipping.